With Christmas over it seemed a good idea to get out and have a walk and get rid of a few of those excesses consumed over the last few days and what better than doing some birding at a local park, Upton Country Park and Holes Bay.

Our first birds were a flight of Redwing and a Great Spotted Woodpecker flying over the car park then it was Robin, Song Thrush, Blue Tit and a Dunnock or two, as we walked past the pond there were the usual Hybrids and Mallards also a single Teal and a few Moorhen.  Out on the marsh and in the bay were good numbers of waterfowl, Curlew, Redshank a few Dunlin roosting around the feet of the Black-tailed Godwits. The Teal were lining the edge of the channels, Scanning through the mass of Teal a few Pintail were found and farther out there was a flock of Avocet and lots of Shelduck.  Then one of the group found a couple of Spoonbill which turned into six as they walked out of one of the distant channels.
We moved on to look over the north east of the bay on our way a few had good views of a Green Woodpecker and farther on we had Black-tailed Godwits flying over to feed in the fields.  As we arrived at the Creekmoor outlet I and a few had brief views of a Kingfisher.  Out in this part of the bay we had lots of Wigeon and Redshank, I then heard a Spotted Redshank calling and soon after found it feeding in the channel fairly close to us.

There were a good number of Mute Swan along the edge of the bay and we had brief view of a single Spoonbill as it flew into the bay over Pergin's Island.  The PC World ditch had our second Kingfisher  but little else of interest and now the tide was rising and we watched a flock of one hundred and fifty Avocet fly in and started feeding on the far shoreline.  Retracing our steps Jackie mentioned that we had forty seven species on the list three off our target for the our walk 'Aha - a challenge'!  Walking back through the wood Jess saw a Nuthatch and soon after we all caught up with a very noisy bird calling.

As we looked over the north west of the bay again a small flock of Lapwing flew over and then all the waders lifted off giving a wonderful display and we soon saw why.  A Peregrine came cruising across the bay and flew straight into the wader flock which consisted of mainly Black-tailed Godwit and it missed, turned and went back through them again with no luck.  He gain height again and started to take another flight into the flock when a Crow appeared and had a go at the Peregrine, the Crow then headed toward Pergin's and the Peregrine turned his attention on the Crow and gave it a real wallop and knocked it into a tree on Pergin's, it then circled and disappeared into the back of the island out of sight.

But what a tremendous way to finish a walk and successfully reaching 53 species in total, a good morning's birding.

Day at the National Car Museum

Took out our grandson to Beaulieu and the National Car Museaum, Palace House and Abbey, and had a great day.

One of the games we played was we had to pick our favourite car in the museum, well Ben chose one of the older Peugeot formula 1 race cars as it had a number 8 on it. Jackie with her expensive taste went for the French built Bugatti Veyron super sports I have to say a very good choice. Only around 400 have been built at around £1,250,000. 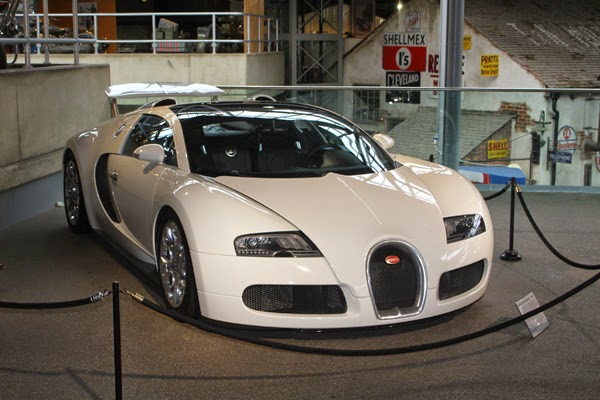 I also went for a Bugatti though my choice turned out to be one of only two known in Europe, though you might have thought the Veyron was expensive well this little beauty would cost you in excess of £5,000,000 now that makes the Veyron a pretty cheap deal. 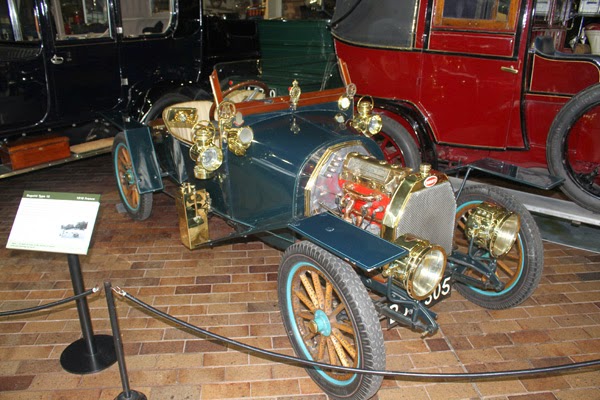 To top the day off when we visited the Abbey I heard calls of Hawfinch and found it up on the top of a fir tree and when it flew, it was joined by nine others just fantastic.
Posted by Nick + Jackie Hull at 18:55 No comments:

Today we had a group out on our home patch of Lytchett Bay in an hour and a half's walk we recorded 53 species in just that short time.  We started almost immediately with Bullfinch and Goldcrest and a Cetti's Warbler.  Walking out to the bay added several of the other common species like Robin, Blackbird, Blue and Great Tits, Chaffinch, Greenfinch, Magpie and Jay.  As we were exiting the wood I picked up a movement to my left and searching a small birch tree found three Reed Bunting, which are alway nice to see.  Once out at the bay we set up scopes and scanned intently to see what we could find.  A Redshank was the first which noticed us and decided we were too close and took flight giving a very loud alarm call, living up to its old name of 'Warden of the Marsh'.  This unsettled a few other waders and enabled us to see a hidden Greenshank as it few off, and it alerted the Sika Deer out on the marsh to our presence which quickly disappeared into the reeds.  A Raven was seen distantly over the trees to the west and Wigeon and Teal were drifting offshore, an odd Black-tailed Godwit and Curlew fed along the spartina edged banks.  Further out along the main channel Redshanks, Dunlin, Oystercatchers more Curlew and Black-tailed Godwits fed.  A flight of Shelduck passed along the Holton shoreline and then we found three pairs of Red-breasted Merganser, a regular winter visitor in the bay in small numbers. As we moved on around the path I picked up a large raptor flying along the edge of Otter Island which turned out to be a female type Marsh Harrier.

Unfortunately due to the rather waterlogged path a few of the group had to retrace their steps the rest continued on with me.  Mick found a single Avocet and I a pair of Gadwall, along with more of the species "we had already seen.  'The not wearing wellies' group added a pair of Green Woodpeckers and were watching a wintering Chiffchaff when we joined them to continue on around to the Border Road viewpoint.  Here we had a large charm of Goldfinch, Greenfinch, Chaffinch and then four more Bullfinch, a male and three females.  From the viewpoint the whole group were able to watch the Avocet and Gadwall, after this we headed home for coffee and mince pies, this ended a very nice walk.

Had a break from work today and joined Jackie for a walk at Stanpit Marsh followed by our annual Christmas lunch.  Our walk didn't produce amazing numbers of species just thirty two but we had good views of everything and nothing was too far away.  Our first sighting was a small group of Greenfinch in the car park and a flight of Meadow Pipit that flew over towards the golf course, this was followed by Great Spotted Woodpecker one in flight and one "chipping" from the trees by the path.

On reaching the marsh we came across a mixed feeding flock of Redshank and Black-tailed Godwits one of the latter was coloured ringed so hopefully we will find out soon when and where it has been if its been recorded before.  Also out here were Curlew, Little Egret, a few Meadow and Rock Pipits and a group of Dark-bellied Brent which seemed to be disturbed by three Grey Herons and they flew off towards the central marsh with some of the Black-tailed Godwit.
From Crouch Hill we had a look through the wader roost which held Dunlin, Ringed and Grey Plover, Lapwing, Curlew and a single very well marked Ruff. Walking out onto Blackberry Point we had very close views of a Little Egret that performed very well for us putting on a real display on how to fish successfully.
We finished our walk with close views of the Brent Goose flock that were happily feeding on the marsh and what was very nice there seemed to be quite a few immature birds amongst them.
After our walk we headed off for a very enjoyable christmas lunch.