Exploring the Wildlife of an Ancient Hill Fort

Over the last 10 days, twice with groups I have visited Badbury Rings renowned for its Orchids along with Butterflies and Birds.   I have managed to find 7 species of Orchid, some now going over such as Greater Twayblade and Greater Butterfly Orchid.  There are swathes of Common Spotted Orchid interspersed with Fragrant, Pyramidal and Bee Orchids now looking quite splendid.   The Frog Orchid eluded me but I found one spike of a Narrow Leaved Orchid, which just seemed so out of place on the rings, albeit tucked in by a more scrubby overgrown area.  Photos of some of these are below.

Butterflies have varied over the 10 days with 9 species seen.  With a single Dingy Skipper and lots of very worn Common Blues early on, these had disappeared, with all but 1 Common Blue, by my last visit yesterday.   Our first Meadow Brown and Marbled White 10 days ago and yesterday they were the most common species seen, Ringlets were starting to appear. 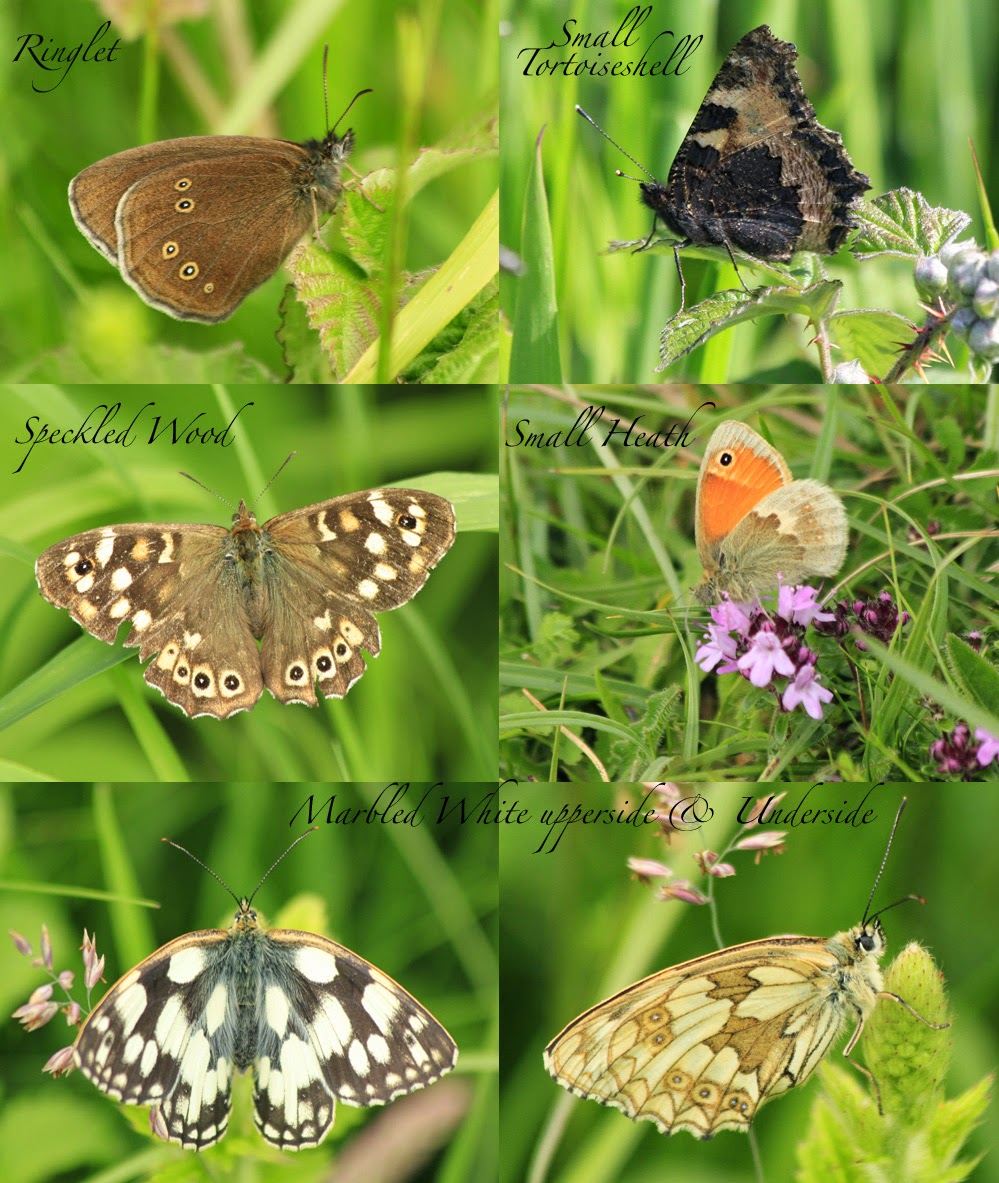 There were also some day flying moth such as Five & Six-spot Burnets, Scarlet Tiger and Yellow Shell we also came across a couple of Caterpillars of Vapourer and Six-spot Burnet.

Birds were not neglected and Skylarks with their delightful song flights and Swifts screaming overhead.  On the rings Yellowhammers and Corn Buntings were regularly heard and seen as were Whitethroats with their scratchy tune, Stonechats and Linnets and early on the Cuckoo was very vocal.  A male Kestrel busily hunting on each visit and Buzzards over the fields.  In the woods Green Woodpecker gave their yaffle call and drumming of a Great Spotted Woodpecker.   Yesterday we came across a family party of Goldcrests, a male Blackcap sitting above us singing, and a pair of Spotted Flycatchers.